Keep Your Eyes on This Upcoming Windows 10 (or Perhaps 11?) Update

In 2015, Microsoft seemingly confirmed that Windows 10 would be the last version of Windows. This prompted users and industry professionals to believe that we would not be receiving Windows 11 anytime soon. With a major update to the Windows 10 operating system on the horizon, some folks aren’t sure what to think. Still, what does this update to Windows 10 mean for your business?

Not much is known about this update. It’s code-named Sun Valley and will reportedly bring several enhancements and updates to the user interface. CNet reports that some of these changes could apply to the Start menu, Action Center, File Explorer, and Taskbar, but other sources report that this update could borrow heavily from the unreleased Windows 10X operating system which was specifically designed for dual-screen devices, like Microsoft’s Surface Pro.

Satya Nadella, Microsoft’s CEO, teased the update at Microsoft’s Build 2021 Conference, an event that spanned May 25-27:

This update could also bring with it several changes to the App store. The Verge reports that the Windows App store could allow developers to submit any Windows applications for inclusion, which can be seen as a massive step toward creating more opportunities for developers and evening the playing field, so to speak.

We don’t know much about this update other than the implication that “very soon” means we won’t have to wait long to hear more. True to their words, Microsoft has announced a presentation for June 24 at 11:00 am EST, so we are looking forward to hearing more about this update around then. Until the words come out of their mouths themselves, remember to keep your expectations in check and hype yourselves up responsibly.

What would you like to see with a potential update to Windows 10? Let us know in the comments, and be sure to subscribe to our blog for the latest developments.

Facebook Twitter LinkedIn
Tags:
Microsoft Innovation Windows
Businesses Nationwide Can Embrace AR and VR Thanks...
Tip of the Week: How to Engage Your Team in Securi... 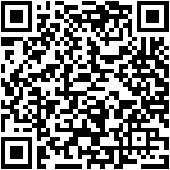